Take a look at our class page!

You might be wondering why my photo is larger than Davies'... Well this is my website is it not? What if I had met Donald Davies earlier? Lets take a look at how this would alter the outcome of the Cold War?

I am Paul Baran. I was born in Poland in 1910. My parents were poor, and sent me to the Drexel Institute of Technology because they wanted me to pursue my mathematical abilities to solve numerical problems swiftly. I got my degree in 1933 in electrical engineering, allowing me to pursue another degree at UCLA.

Although I loved living in Los Angeles with my wife and working on the processing of the Hughes Aircraft, the highlight of UCLA was meeting my lifelong friend and business partner. His name is Donald Davies, and without him myself and the emersion of high speed, long distance, secure and reliable networking would not be the same.

Note: This is a short memoir from the future to share my story of how Davies and I will play a crucial role in the history of networking as well as the internet, as well as how I protected the United States military through the creation of these networks.

In the past, I was a pretty normal college kid who wanted to make good grades and pursue his interests, so going to class and spending all of my free time with Davies was pretty much all I did. Davies and I were just snooping through the restricted section of the physics building, and came across a rusty looking portal door. After a kick from Davies it lit up, and we both entered the portal, and were immediately transported into the future, during the time that you will eventually know as the Cold War. On my journey through the portal, I was seeing my past develop into future very swiftly before my eyes.

First, I see a flash of before UCLA, when Davies was choosing between his scholarships. Luckily ending up in California, I saw our friendship progress as we talked about radios and physics. 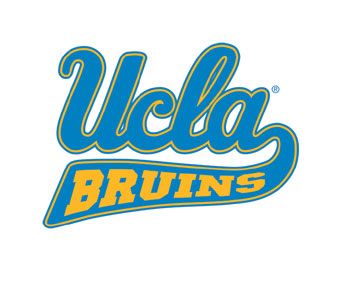 Interestingly, Davies and I will have conversations about the future of networking technology. I will get lots of experience with everything related to the math and technology behind computers, including multiple jobs. Sadly, Davies and I will begin to have differing opinions. Likely rooted in the fact that I look through the engineering lens and Davies through strictly physics, I will critique the design of the network while Davies will swear that the data cannot fit in the same capacity of that of a telephone network. In addition, my passion for creating a strong network will be out of military protection for the impending start of the Cold War, and Davies will ignore the war and pursue creating a network that will perform well over long distances for public communication. After spending years working together on the same network, we will eventually realize that our goals are the same, but our approaches are too different, letting tension drive us apart.

RAND will become my sole focus will be the communications ability to survive under nuclear attack during the Cold War. Although it is difficult to take in everything I am seeing in the future, I have the urge to return home and can come up with a network in time to take on the Soviets. We need to gain control of the system for the delicate missile launch and develop a heavily secure network system that can withstand the enemy. The frustrating part about the future is that the story is incomplete, and all I see is the end result of Davies and I successfully pulling off a mission with our network that includes the successful organization of messages called packets that are short blocks of data. I laugh as Davies says, It is important to have a new word for one of the short pieces of data which traveled separately (Davies 67).

I ask Davies if I am going to contribute to this in the slightest, and he explains to me that I have a similar idea that is more of a spread-out message blocking that I will test for reliability as well as redundancy, and I’m curious to learn what that means. He says that I learn a lot from something called the distributed network, and I manage to help the military because I created a communication structure that could survive if some parts were destroyed. Once Davies and I reunite as partners, we were able to able to create strength in the network just in time. The military was able to communicate easily and without fear of interception by the Soviet Union. We used the message blocks to our advantage and produced several fake messages that threw the Soviet Union off.

We also shared the network with our allies, particularly Kuwait

Although this network did not have an outcome on the overall American War Story, we intercepted important information that allowed our ally to have the upper hand. In the infamous Gulf War, our allies were fighting against Iraq. The Secretary of Defense for Iraq would have discovered our plans to invade on Iraq in an air strike through messages they were reading, however our network prevented this breach. The strike went as planned, and Iraq was forced to surrender earlier. This prevented the loss of American lives and resources, and we are very proud of that.

Take a look at my Bibliography!